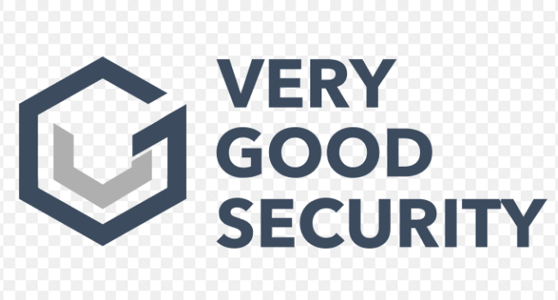 The hard-to-face reality is that billions of personal records are exposed each year. A commonly used, yet incomplete solution, is tokenization. Tokenizing sensitive data does not eliminate the need to achieve and certify PCI DSS compliance.

In order to completely descope from PCI, a business can partner with a data custodian (VGS) that handles 100% of data capture and vaulting – removing any compliance risk and completely avoiding data leaks.

Massive data leaks, at this point, are becoming a frequent occurrence – with headlines regularly popping up highlighting cybersecurity disasters that have impacted millions of consumers.

Earlier this summer, news of a cybersecurity disaster rattled North American consumers. The highly-publicized Capital One data breach of 2019 led to the sensitive data exposure of 100 million Americans and 6 million Canadians – including hundreds of thousands of social security numbers and bank account numbers.

Similarly, in July, we learned about the whopping $700 million settlement as a result of the Equifax data breach. Now, years later, the 147 million customers impacted by that disaster all get a piece of that pie.

It only seems like a matter of time until the next multi-million-dollar data breach settlement will be announced, and another consumer data-handling organization will have their feet publicly held to the fire.

From the improper configuration of web applications to the massive security risk involved in cloud storage generally, companies have wisely been seeking alternatives to storing their own sensitive user data and opening themselves up to data breach risk.

The rise of tokenization

In order to reduce data leakage risk as much as possible, many tech organizations have leveraged a method called tokenization. It’s a way to limit storing plain text sensitive data within a company’s own systems by using “tokens” to replace private user information like medical data or credit card numbers.

With tokenization, sensitive data is mostly hidden. But, there are two points where tokenized data still remains within the scope of PCI DSS compliance: the data vault and the original point of capture.

Even when organizations store and use tokens instead of raw sensitive data, the original data is within PCI scope because they’re still within the cardholder data environment. In this environment, a business is still responsible for any leaked data.

But what if businesses could offload this data risk fully, and enjoy the benefits of tokenization while keeping all the original data completely off their own systems?

In order to completely descope from PCI DSS compliance, a business can partner with a data custodian that handles 100% of data capture and vaulting – removing any compliance risk and completely avoiding data leaks.

VGS is an innovative data custodian that takes on their clients’ compliance risk, securely storing all sensitive data and removing businesses from PCI scope in full.

By leveraging synthetic data ‘aliases,’ which are generated in real-time to protect all sensitive customer information, VGS empowers businesses to use customer data just as they did before – but never actually touch the sensitive data themselves.

Startups that work with VGS remove their compliance risk and avoid the potential risk associated with data breaches because there’s nothing to steal in the first place.

By partnering with a data custodian, organizations can completely descope their systems and win over new customers with the peace of mind that their sensitive personal data is in safe hands.

When businesses implement VGS solutions to handle their sensitive data, they instantly inherit VGS’s best-in-class security posture, which enables them to fast-track their certifications like PCI, SOC2 and others.

With data security as one less thing to worry about, organizations can focus their time and resources on growing their core businesses.

This article was originally published in Very Good Security.

5 Ways To Keep Your Healthcare IT Business Secure

How to improve your email security

Email Security: What It Is, How to Improve It

A good hot beverage on #FHIR

Healthcare use of Identity level of assurance